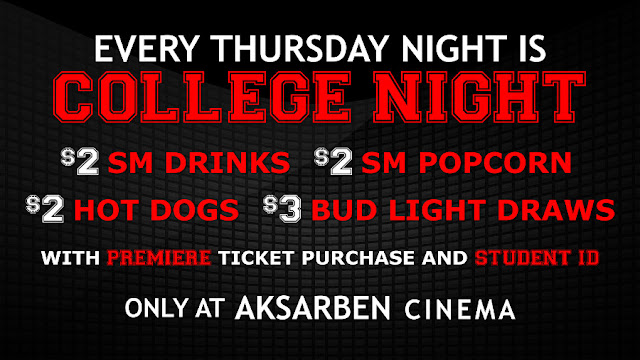 You’ve crammed for that Biology exam, obsessively written that English paper, and feel totally prepared for your speech in Public Speaking. Don’t you think you deserve a break? We certainly do.

At Aksarben Cinema every Thursday is College Night. That means discounts and great movies for you, while you take a brief break from the hectic college student lifestyle.

You might wonder what could they possibly offer me to make it worth the break. How about $2 small pops or sodas (if you’re from the South), $2 popcorn with all the butter you could ask for, and $2 hot dogs, and $3 Bud Light draws with a Premiere ticket purchase using your student ID.

Just so you know, a Premiere ticket is a ticket for any movie that is opening this weekend. Luckily for you, we’ve got some great movies coming your way including London Has Fallen, Whiskey Tango Foxtrot, and Zootopia.

If you loved Olympus Has Fallen then we’re certain that you’ll enjoy the sequel London Has Fallen, which continues the thrilling adventure of Gerard Butler’s character, Mike Banning, as he is tasked with protecting the president, Aaron Eckhart, and more world leaders. This is the movie that critics are calling “pumped up,” “extreme,” and “brutal.”

However, if you’re looking for something a little lighter then we suggest you see Tina Fey’s latest film, Whiskey Tango Foxtrot. In it Fey plays a journalist who comically recounts her wartime coverage in Afghanistan and Pakistan, and along for the ride are other Hollywood heavyweights including Margot Robbie, Martin Freeman, Alfred Molina, and Billy Bob Thornton. The reviews are already out and critics are calling Fey’s follow-up to Sisters, “enjoyable,” “a triumph,” and “smart.”

So make tonight College Night with all these great new movies and discount prices! See you at the movies!
Posted by Andrea Barstow at 3:24 PM No comments: 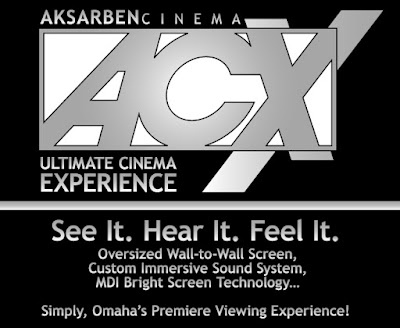 On March 25th of this year, Batman and Superman will face-off in Batman v. Superman:
Dawn of Justice, and you will want to be there. I guarantee it. For an epic showdown like this though you’ll want the best sound and video quality available at Aksarben Cinema. Allow me to introduce you to our state-of-the-art entertainment system we fondly refer to as ACX or the Aksarben Cinema Experience.

Daily we get calls about those three letters that appear next to our featured movies. Some wonder if it has to do with 3D viewing or some other special screening, but it’s actually quite simple. The Aksarben Cinema Experience is featured in Theater 4, which is our largest theater. The theater contains an oversized, wall-to-wall screen, custom immersive sound system, MDI bright screen technology, and is simply Omaha’s premiere viewing experience.

If you’re not tech savvy and all that sounds like a bunch of nonsense, don’t worry. All of these important elements ensure that our patrons receive the best quality cinematic experience. So next time you want to see a film on the biggest screen possible at our cinema, then you need to ask if it’s playing in number 4 or look for those three big letters: ACX, the Aksarben Cinema Experience.

How many times has this happened to you? You see a trailer for a movie that you know your kids would love, and you make a mental note to take them. Then birthday parties, family gatherings, and games come up. Obviously, no one can fault you for allowing those things to take precedence over a trip to the movies, but it’s time to remedy that decision.

Aksarben Cinema will be hosting a free, that’s right, FREE, Family Flicks event on February 20th (Minions) and February 27th (Hotel Transylvania 2) at 12:30 p.m. Admissions is free and open to the public. 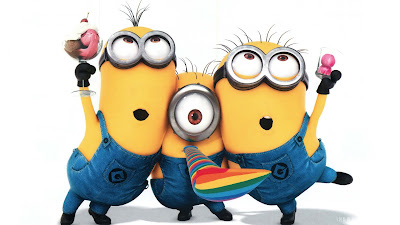 This Saturday, February 20th at 12:30 p.m, we’ll be showing Minions for the first time since the summer months. Join us for the movie that critic, Randy Myers, called “a fun, cheerful time that's filled with many random zingers that will leave you snickering afterward” and Tom Huddleston said was a “berserk slice of slapstick silliness.” 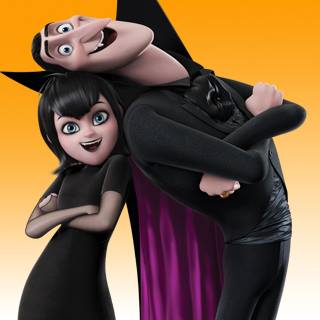 A week later, Aksarben Cinema will show Hotel Transylvania 2 which stars comedian Adam Sandler. The film will screen on Saturday of next week, February 27th at 12:30 p.m. Admission is again free to all. If you didn’t get enough fun the week before with Minions then Hotel Transylvania 2 is a great follow up for adults and kids alike. Critics called it “clever,” “enjoyable,” and “hilarious.”

Whether you missed these movies last year or you want to see them each one more time on the big screen for the low price of...FREE then join us on the next two Saturdays of this month. It would be a great alternative to staying at home and watching the same cartoon re-runs with your kids. Join us at Aksarben Cinema, and we promise you a joyful experience. See you at the movies!
Posted by Andrea Barstow at 2:18 PM No comments:

Watching Jesse Owens run in the 1936 Olympics might make you question if you accidentally hit the fast-forward button on your TV. As legs moves up and down like pistons in an engine, Jesse Owens looks almost inhuman. He was one of the greatest athletes of all time and represented something so much larger than athletics. He represented a hope for change.

The year was 1936 in Berlin, Germany, and the Summer Olympics were just getting underway, and Owens was an American star who had international appeal. Amongst the female population of Berlin, he was especially well liked. According to reports, women came in droves to see Owens and even brought scissors in hopes of cutting off some of Owen’s clothing as a souvenir. On the other hand, Adolf Hitler’s Nazi Party was not so thrilled with the arrival of Owens, because Hitler intended for his Aryan athletes to dominate the Olympic games.

As Owens entered Olympic games he was surrounded by flags and banners featuring Nazi propaganda that touted “Aryan racial superiority” and also depicted Africans such as Owen as inferior. Owen was far from inferior though. He was an all star who went on to win four gold medals. 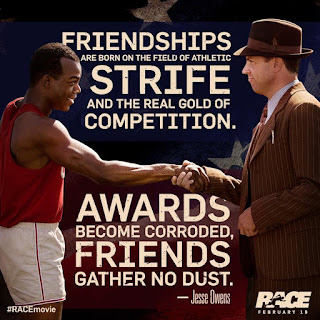 The first that Owens won was for the 100m sprint; he earned a time of 10.3 seconds and beat his friend and teammate Ralph Metcalfe by a tenth of a second. Owens then went on to win the long jump with a leap of 26 feet, 5 inches. Interestingly enough, Owens credited his success in the long jump to a German competitor, Luz Long. Long suggested that Owens moved his mark back, so that he would complete a safe and legal jump. This advice from Long lead to Owen’s victory and Long was the first to shake Owens’ hand.

The last two events that Owens received gold medals in were the 200m sprint and the 4x100 sprint relay. Owens defeated Mack Robinson (Jackie Robinson’s older brother) in the 200m sprint with a time of 20.7s, and his relay team set a world record by completing the race in 39.8s. This record would stand until Carl Lewis and his team broke it in 1984 at the Summer Olympics in Los Angeles.

Why am I recounting all of these amazing triumphs by Owens? I’ll tell you why. This Thursday Aksarben Cinema will premiere Race a film directed by Stephen Hopkins. In the film, Jesse Owens rises from college superstar (Owens graduated from Ohio State University) to Olympic gold medalist. The film stars an impressive ensemble including relative newcomer Stephan James as Jesse Owens, Jason Sudeikis as Larry Snyder, Owens’ track coach in college, Jeremy Irons, William Hurt, and more. The film is an exceptional drama that will encourage people today to reflect on the past and think about how far we’ve come, while still knowing there’s so much further we must go.
Posted by Andrea Barstow at 11:33 AM No comments:

We love a good celebration at Aksarben Cinema. All of our fans are well aware of that. Maybe you witnessed Dinky the Dinosaur for the release of Jurassic World or joined us for the out of this world parties for both Magic Mike XXL and Minions. Those were two very different looking parties. ;)

We continue our expression of film celebration with our upcoming events. Below is a little information about all of our screenings and special programming for the rest of September.

Doctor Who: Dark Water/Death in Heaven

Fathom Events and BBC Worldwide are bringing the Doctor to you early! In anticipation of the upcoming ninth season of Doctor Who, we invite you to relive the spectacular two-part season eight finale, “Dark Water/Death in Heaven,” in breath-taking RealD 3D, when it comes to cinemas nationwide for only two nights.

Roger Waters The Wall
Fathom Events and Picturehouse Entertainment come together to present the highly anticipated music film event Roger Waters The Wall. Be taken on a journey that unfolds on many levels – as an immersive concert experience of the classic Pink Floyd album, a road movie of Waters’ reckoning with the past and as a stirring anti-war event, highlighting the human cost of conflict. 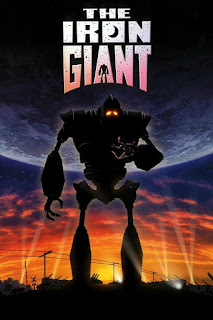 Relive this modern classic on the big screen only at Aksarben Cinema. A giant metal machine falls to Earth in 1958 and frightens the residents of a small town in Maine, until it befriends a nine-year-old boy named Hogarth and ultimately finds its humanity by unselfishly saving people from their own fears and prejudices. Rated PG For for fantasy action and mild language.

For more information about all our new and upcoming releases visit our website and like us on Facebook. See you at the movies, Omaha!
Posted by Andrea Barstow at 3:40 PM No comments: 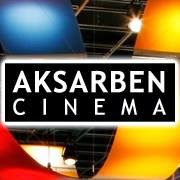